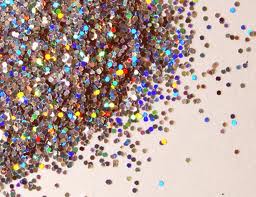 Glitter is an awesome party favor.  Glitter is used to make things shimmer.  Glitter is the staple of any New years Eve party! Glitter is worn by young girls, older women and any male subject who has recently visited a strip club (so I am told).

But what I recently discovered about glitter has me befuddled, perplexed and strangely mortified.  You see I was recently informed that glitter, actually comes from the female anatomy?

I know, crazy huh? Yet I was informed very directly by a nice young lady that glitter comes from girls.  Now as a father of reason and fair judgment I decided to delve deeper into this subject.  Also being a firefighter/EMT I have a reasonable amount of knowledge in regards to both the male and female anatomy.  Yet no where in the volumes of medical jargon I was forced to endure, do I remember the female anatomy having one gland, one organ that produces glitter?

Deciding more in-depth questions needed to be asked I sought out the little starlet in question and found her conversing happily with my boys.  What was her angle? Who was the direct source of her knowledge base.  (Plain lingo; what fool told this little girl she can produce glitter?) How can she create glitter and why?  She was very assured of her position and when I asked her to explain to me in detail the gist of this modern-day side-show miracle she simply motioned me over to her side.  As I knelt down she whispered to me to please be very quiet.  You see her cheeks were turning red as she quietly stated: I want to whisper this to you because it’s not the type of thing a girl should be talking about, but just so you know I told your boys the very same thing I am about to tell you.

I was all abuzz, I couldn’t wait to hear the little secret that surely would unlock some mystery to the female anatomy.  I leaned in closer and whispered’ go ahead honey I am all ears. 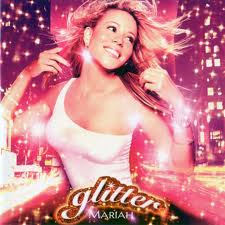 Yep that’s what she said, girls don’t fart, they glitter! Seriously you can’t make this shit up!  I held my composure as to not laugh in front of the young lass as she was being so very serious in her response.  I excused myself for a moment to take a breath of fresh air outside and let out a hearty chuckle solely at the expense of  little princess with the glitter producing bum!  After composing myself, I returned and before I could rejoin the conversation my middle child approached me to let me know it was true! He had seen it with his own eyes!  Now for a split second I was mortified, terrified, and panicked!  I had visions of an irate father accosting me in response to my son seeing a whole lot more of his precious angel than should be witnessed prior to marriage! But before the panick attack could set in he followed up his statement with;  Yeah dad she let out a big old fart in the car!  We all started laughing because well you know; farting is funny!  But she just smiled and told us she didn’t fart she glittered!  We all heard it dad really!  But whats strange is when she got up from her chair there was glitter! it was everywhere in the seat; she told us that her mom says its ok, because girls don’t fart they glitter.

Clearly someone had pulled the wool over these boys eyes!  Yet they had bought the production lock, stock and barrel.  They now believed when a girl farts she glitters.  Now I was ready willing and able to dispel this new-found myth right away! Nip it in the bud or butt as it where, yet something just couldn’t bring me to do it.  Something just hammered at my conscience about ruining the illusion this young lady had created for herself.  I actually envied the creative process that allowed her or her mother to come up with this little charade and the best part is they pulled it off!  I know the truth, you know the truth and all you women out there definitely know the truth! 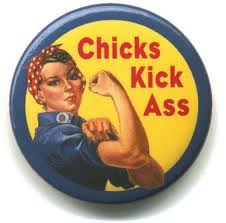 I have heard stories, I have seen a few of you girls in action, all innocent and lady like them BAM! Your nose is on fire, tears streaming from your eyes and all you get is a coy little “oops, sorry was that me?” Well of course it was you, there are only two of us here and that tuba sound didn’t come from my posterior!  Truth be told, I have known women that could make the 49ers defensive line cry!

Yet what purpose would it have served to call her out?  None.  My boys believed for the longest time she had the power to fart glitter.  My boys also believed that all women farted glitter.  That it was what a true lady of refinement, class and culture does;  ultimately is that really such a bad thing to believe?

Now someone show me the man who belches Hershey’s kisses.  If the two of them meet we might have ourselves a New Years eve party…