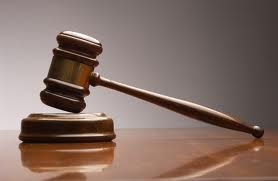 “You do solemnly swear by Almighty God and those of you affirm do declare and affirm that you will well and truly try the issue joined between the Commonwealth and the defendants(s), and a true verdict render according to evidence.”

I have just been sworn in as a potential juror! I am currently being held inside a room in the courthouse basement known as the “jury room” (dungeon). That’s right ladies and gentlemen I have Jury Duty! Everyone say it all together now, AWWWWWWWW That Sucks!

When I arrived this morning I definitely knew my way around, you see I get picked every year, and every year somehow I manage to avoid being chosen. Not purposely mind you, just the moment a public defender sees “firefighter” on my questionnaire I am immediately excused. ( the whole predisposed judgement thing) I drove in and parked in the same spot, I walked down the same street, I strolled into the familiar Jury sequester room. I slinked down the back wall to find my customary seat where I sat down and slouched, avoiding eye contact with the multitude of milling, disgruntled “We the People” for fear of unwanted conversation. My whole plan was to be non-existent, hidden, like the homeless guy you just cant bring yourself to look at or talk too. That all would have been fine except for one problem, my warped little mind just couldn’t leave well enough alone.

A very nice lady came out and read us instructions, my head stayed down as I listened intently. When she was finished the room was assigned into three groups.

Those of you completing jury service know exactly what I am talking about in reference to the “standby group”. The “standby” group either goes home first (yay!) or is trapped for the entire day (Boo!) because some judge or a couple of attorneys can’t make up their mind whether or not the issue will go to trial.

The nice Jury/clerk stands, walks up to the microphone and lets us all know the “Suckers” I mean group three has been excused for the day. It was at this very moment my “ADD brain” went into overdrive. No more cowering eyes, no more slumped shoulders, no more hiding in the back of the room. No, the human computer had been awakened, and judging by the look on everyone’s face we were headed for a long boring ride.

I decide this whole process is similar to being on an aircraft. Strangers from all over the county sitting in a small area for an unspecified amount of time, waiting for something, anything to happen. As my eyes grazed the landscape spread out before me, I came to realize all the usual players are here; The wealthy, well dressed, I am to important to be here’s, along with an obvious I am dressing like a thug so you wont pick me. Seriously dude you look 40 and are dressing like a teenager! No one buys the act! The wall flowers were in strong force today. They blend into the room, they dress plain, act plain, have plain hair and for the love of God couldn’t show an emotional facial expression if their lives depended on it! I cannot leave out the “Eclectic” group. They are the ones you just cant label, the “free spirits” as it were. They stand out in a crowd; but not really, their fashion or style makes sense; but not really, when you look at them time is spent pondering just how many decades are represented in their attitude and attire? Two or three? Maybe that one over there is just mentally stuck at a Jimmy Buffett concert? I love them all! The good news, every nationality, age, religion and income level seemed to be represented in this basement of contempt. A true example of our justice system at its best with a diverse cross-section of Americans waiting to perform their civic duties.

So whats a guy like me to do? How can I turn this seemingly mind numbing moment into my own little psychology experiment, an enlightening moment if you will.

The plane (Remember my plane analogy from earlier) has split in half and gone down, leaving us stranded on a deserted island, filled with white polar bears, a group called the “others” a ghostly entity appearing like dark smoke, enveloping you as it takes you away. Also the island is inhabited by a group known only as the “Dharma” experiment. My “mission” is to select a group of new friends that I would grow to rely upon during these stressful times. In reality it is just an excuse to bring my otherwise loner self away from the wall of jury duty despair and polish my people skills a little.

Although this sounds easy it really isn’t, for just as your parents taught you; you can’t judge a book by its cover? You also might read the book and find it is not to your liking. This means that while I am trapped in the basement with all these strangers I will need to make eye contact, introduce myself and have meaningful conversations. Yes that’s right, talk with them, socialize, and make nice with strangers! All the things we no longer do as a society. So sad really! Its become way to easy these days just to walk into a room with hundreds of possible new friends and bury our noses into our i-pads, i-phones and lap tops. Excluding anyone and everyone out of pure fear! Fear of rejection, fear of denial, fear of acceptance. It’s just easier to ignore than engage. It worries me.

I am constantly in awe of my wife who can make friends with all 200 people sitting/standing at the gate waiting to board a plane. She makes you want to know her with her subtle approach. Her smile and kindness is very endearing. She would definitely be one of the first people chosen after the plane went down.

So I shake off the fear and lean over to my first survivor hoping to make friends when, the clerk calls for group number one to approach the stand, they have been released from service. My almost new-found friend has been rescued! Sweet the survivor list has thinned, a fresh coating of chap stick to lube the seal on the old squawk box and I am ready to go! With only 40 of us left this should be easy!

I spend the better part of the morning getting to know some of the people I was surrounded by, it’s really amazing once you get over your fear of initiating contact how quickly most people are willing, no wanting to accept your request for conversation. I think we as a society tend to forget when placed in these situations that the very same people you are surrounded by; and scared of, are experiencing the same emotions as yourself. Ok except for that guy over in the corner who looks like he may be holding someone against their will back at his residence, and is really nervous about how long he has been gone from his victim. (put the lotion in the basket, PUT THE LOTION IN THE BASKET!!) I think I will approach him last. Ok maybe not at all…..

I had a lot of fun talking with people, engaging in conversation. It all came to an end when we were called into the courtroom for selection. We then spent three hours being asked questions by the prosecution and the defense as to whether or not we would make proper jurors in this case. They sifted through us, carefully picking and choosing. It reminded me a lot of dodgeball on they playground. You wanted to be chosen, you just didn’t want to be chosen last (alternate). No one wants to be that guy. In the end it was a pretty interesting afternoon. I took what most people think of as a burden (jury duty) and turned it into something fun and interesting. I may never see some of these people again, but that’s ok! You see for a few minutes I was part of someone elses life. Someone I would never have met otherwise, someone who painted me a picture of a life I never would have known or understood. I think that’s pretty cool…. 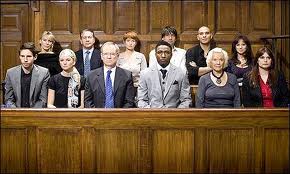