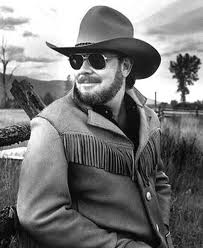 My life is filled with a plethora of interesting topics, filling my wordy coffers and yet tonight as I stare endlessly at my computer screens flickering abyss I find only one thing to expend my energy upon.

A Country Boy Can Survive.

Thats right the 1982 smash hit from legendary singer/songwriter Hank Williams jr. A Country Boy Can Survive was our friday night, lets party and do it right anthem.  Not only did it hold some form of misguided meaning for each and every one of us, but it was one of the few songs ever played that guaranteed all of us would instantaneously drop what ever we were doing and break into chorus.

Country’s version of Grease! We sang at the top of our lungs, the louder the better!  If a bottle of Jack Daniels didnt emerge before the second chorus, one of us had to go into town, obtain said bottle and reemerge with shot glasses for all as we crooned over the melodious ballad all over again. We were out of tune, some would even say tone-deaf, we were drunk and life was good!

I believe that song is as relevent today as it was 30 years ago. Take a moment to peruse this little gem of a story put to music.

Seriously, all preacher men have been saying we are near the end of days and as far as the Mississippi River goes, the environmentalists have been crying about that ever since Mark Twain wrote about her in 1883! Dont even get me started on the foolish travesty that continues to make up our money hungry stock market. Occupy Wall Street no way! You gonna get mugged!

I live back in the woods, you see
A woman and the kids, and the dogs and me
I got a shotgun rifle and a 4-wheel drive
And a country boy can survive
Country folks can survive

I think about how wonderful it would be to “live back in the woods you see”, especially with the “woman and the kids and the dogs and me”. I do own “a shotgun, a rifle and a four-wheel drive”.  Just not sure if that is all the pre-requisite needed for a country boy to survive.

Crap I need to know how to plow a field all day long? Thank goodness I can catch catfish from dusk till dawn.  Now I am not sure but the last time I checked growing your own smoke could get you 4-months to 6 years! And well we wont even begin to discuss the legal ramification of moonshining! Can you say TAXMAN?

I have never seen a starving hillbilly, and the big ones don’t need to run, they would just as soon shoot your city slickin butt than chase you down! My boys know how to say grace and Ma’am is really just a nicer way of saying Bitch isn’t it?  Well rumor has it anyways…

We came from the West Virginia coal mines
And the Rocky Mountains and the and the western skies
And we can skin a buck; we can run a trot-line
And a country boy can survive
Country folks can survive

Now for some unknown reason the verse below always had us on our toes hollering like a bunch of starving alley cats!

I had a good friend in New York City
He never called me by my name, just hillbilly
My grandpa taught me how to live off the land
And his taught him to be a businessman
He used to send me pictures of the Broadway nights
And I’d send him some homemade wine

Yeah! Thats what I am talking about! No damn cops needed there, just shoot the man right after he starts squealing about all the Beechnut spit you just splattered into his eyes! WHOOOOOOO! Thats country boy, that’s what it’s all about right? After those two verses the song just kind of wanders on, anyways we were always to busy high fiving each other to even notice that ole Hank threw in a little shout out to California!

So true, once you been raised on shotgun it really is hard to give a damn about anything!

We’re from North California and south Alabam
And little towns all around this land
And we can skin a buck; we can run a trot-line
And a country boy can survive
Country folks can survive

So there it is, A Country Boy Can Survive, undoubtedly one the most recognizable country, get drunk, kick the crap out of someone, American redneck songs! So why tonight of all nights am I so infatuated with reliving my youths past digressions?  What can I possibly see in a 30-year-old song that I never considered before tonight?  How could I have possibly allowed myself to lower the learning curve of all my readers with this hillbilly drivel?

Tonight as I stared endlessly into my computer screens flickering abyss, I heard a noise coming from across the hall.  It was loud, grainy, crackling and off-key, yet I recognized this noise right away.  You see inside this noise, confined in its purity was the vocal etchings of an eleven year old boy.  This eleven year old boy had finished his homework, cleaned up his dishes and traveled upstairs with only one thing upon his mind.  To shower.  Apparently when one steps into the shower, one believes they are in fact Hank Williams Jr.  With all the passion a country kid can muster while buck naked in the shower, my eleven year old son busted out A Country Boy Can Survive.  It was off-key, he sounded like a wounded rabbit, and judging from the rapid footstep I heard from behind the door he was dancing to it as well. Yet he sung it from the heart and he knew every single word.  For a brief moment, by himself he was a star.  And for his dad, eavesdropping in on the impromptu concert.  He was my hero.  Another generation will be swinging from the Grand Ole Opry chandelier! Lord have patience.. 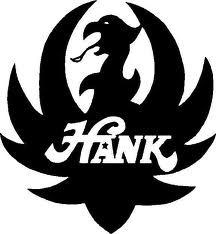