Nervousness is in the air.

Does my shirt look right? Is my hair combed to  perfection? What time is it? Holy cow we are supposed to leave in a few minutes! Should I wear my boots dad or my tennis shoes? Oh my goodness I got water on my shirt while fixing my hair, what do I do? Mom quit messing with my hair! Can we go now dad, can we go?

My eleven year old went to his very first school dance last night. I was prepared to enjoy this moment; him running around like a train wreck waiting to happen.  Me teasing him constantly about everything from his hair to his clothes.  Making childish smooching noises as he spoke with his mom about the girl he asked to the dance! Oh yeah this moment was mine! 34 years in the making! The embarrassing verbal assault from father to son.  A time-honored tradition passed down from generation to generation. Yep the night was finally mine! Until something hit me, and hit me hard.  It was my conscience..

Jimmy Carter is President of the United States. Margret Thatcher is elected as the first female Prime Minister of England. Gas is 0.86 cents a gallon and rent will run you an average of $200.00! My favorite television shows of the time were M.A.S.H., Mork and Mindy, Happy Days and the Walton’s.

Disco was in full swing, (Thank you John Travolta) and we loved listening to the Bee Gee’s, Blondie, Donna Summer, Rod Stewart and The Village People. The Walkman was introduced to America, at $200.00 it was a sign your parents had money.  It was also the year of Three Mile Island. The nuclear disaster that changed the way we thought about nuclear energy.

It was also the year I went to my first school dance. I was a girl crazy seventh grader, who felt awkward and ugly.  I overcame a lot of those emotions with a dry, somewhat misunderstood sense of humor.  I was also quite the story-teller (hmmm imagine that). If I could get you to like me and see through my awkwardness with a joke or a good story my confidence would rise from the shadows.  I never really fit in with one group or the other.  I never had the newest nicest clothes.  I was raised on a horse ranch and my parents owned a western store.  Money was always tight and my sister and I wore a lot of store returns.  I was picked on quite a lot by the “popular” kids for my western attire all through elementary school.

Little did they know when our hormones were to hit their height from 1980-82 Urban Cowboy (Thank you again John Travolta) would change that forever! Oh yeah who is the cool one now bitches!!!  Yet I digress.

The first dance was near and I was terrified. I almost didn’t go that night, I made such a big production about the event my parents were ready to kill me.  My biggest hurdle to get over was the fact I had nothing to wear.  I wanted so badly to dress like the popular kids and yet I had nothing but used hand me down western store clothes.  WESTERN CLOTHES to a disco dance are kidding me!  My frail little ego was having none of that!  My parents didn’t understand the importance of this dance.  I wanted so bad to be there, looking my best just so I could have the opportunity in a dark room with lights flashing to ask the one girl I really liked to dance.  Then when she said no I wouldn’t be able to see her face in the darkness and I could walk away with some sort of dignity.  (being well dressed that is).  I fretted and worried, tried on every combination and finally found something I felt would work.  It was something I was all too comfortable with, I didn’t feel stupid wearing it, and everyone would notice me.  My parents didn’t approve, but were so frustrated with my emotional state they finally let it go.  I loaded up into the car and way we went. 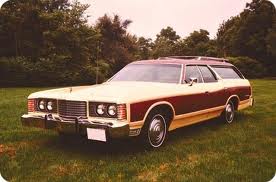 My father teased me non stop all the way to the dance.   Now for most kids this would be a 3-5 minute bit of secluded verbal abuse, easy to brush off and let go.  For me it was 20 minutes of non stop torture. You see we lived 10 miles out-of-town and another 5 miles to the Junior High.  Between the “how many girlfriends you got waiting for you” banter along with “kiss as many as you can” and ” boy they are gonna see you coming in that get up” I couldn’t wait to get out of the car!  My dad had no sympathy.  I am sure in his mind he was trying to be funny, to lighten the mood, but I was having nothing to do with it.  I arrived at the dance, was given the “you better not leave the campus” speech and away he went.  On my own at last.  The music was pumping out of every corner and crevice of the gymnasium! I could feel it in my bones, I had never been anywhere the music was this loud! Man it sounded it good.  I took a deep breath, put a smile on my face, pushed the scared awkwardness deep down inside and headed for the door. The night was mine.

I remember entering the gym, it was dark, the disco ball spinning, boys on one side and girls on the other. 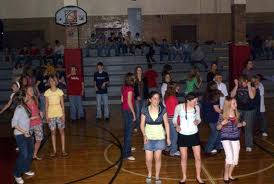 A handful of kids dancing (eighth graders) and everyone staring at you.  It was then and only then I realized what a dreadful choice in clothes I had made in regards to this occasion.  Like I previously stated, I wore what came naturally to me, what left me feeling the most comfortable, little did I know I would end up making half ass excuses for wearing this combination the rest of the evening. You see I had chosen to wear my 4-H whites.  Oh yeah I had figured out if all white was good enough for the king of Disco himself; John Travolta, then it was good enough for this kid! One problem; remember that part about me wanting to “slip in and slip out” with my rejection after asking the popular girl of my dreams to dance.  That is kind of hard to do in a room filled with black lights and disco balls, especially when you are decked out in white!  I was Casper the freaking ghost! An apparition to some a human light bulb to others. I was laughed at, pointed too and left in the corner wondering just what the Hell I had done.  Oh I played it off well, or so I thought.  Sweat from my collar as I lied and recounted how I had come from a 4-H meeting, leaving me no time to change for the occasion.  It was bull, they knew it was bull, I knew it was bull, yet I stuck with the story.  It was a nightmare..

Eventually the pressure subsided, I came out of the shadows, my true friends stuck behind me and my little charade.  I asked the popular girl to dance and she said yes. I was never sure whether she said yes out of pity for all the teasing her friends were giving me or because she really wanted to dance with me.  Either way it didn’t matter, she was nice, we danced and after that night we remained acquaintance/friends through our senior year of high school. I had accomplished my goal, it was the highlight of my night! I went to the dance a frightened boy and came home a disco dancing, swaggering man! Oh yeah,

Not only had I headed to “Funkytown” and survived, but I came home with my full-fledged Y.M.C.A. members card!

So my conscience is ruling the night. This is his moment, his time to overcome his own fears and worries, I have chosen taking the path of support.  I have given him honest answers to his choice in clothing, helped him with his hair and even allowed him the use of my cologne! Hey if the kid wants to smell good, who am I to argue!  I ask if he has asked anyone to the dance, expecting an embarrassed reply of no, only to find he has! And she said yes! The best part is we know the girl and she is an awesome young lady.  I can see his confidence level rising as we near the school.  We arrive and as I am walking him to the door to be checked in I decide to drop back just a little.  Just enough to allow him room to walk in without “dad” by his side.  Before he can turn around I am gone.  Smile on my face, warmth in my heart.  For I know he is going to have a great time. He is dressed sharp, he has tons of confidence, his “date” (what ever that is at eleven) is a very nice girl and his father kept his big trap shut. Severing the “all in good fun” verbal assault that has transcended one generation to another.