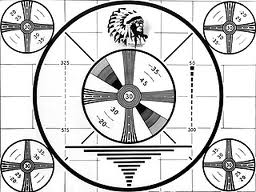 When I think about it now as an adult it makes perfect sense. I see the reasoning behind the decision and understand the consequences.  Refusing to adhere to the policies set forth would bring swift and irrefutable repercussions. My mind failed to grasp the concept and I argued to a mind numbing end, my point of right.  As In “I have a right” to enjoy this time you are so heinously keeping from me! I was mocked, shunned and put into place by becoming nothing more that a slave to the dial.

It will rot your mind;I heard time and again.  Your sitting to close, it will damage your eyes, was heard bellowing through my house.  Oh my it seems you received a C on your report card, you are banned, and not to be found within watching distance!

Unless father needs you to turn the dial again. Your grades have slipped and the box of entertainment must surely be the cause!

As I am sure you have figured out by now I am referring to the “all mighty” power held over the human race by television! Our parents fully understood the potential for harm such a dreaded form of entertainment could bring upon a population of young underdeveloped minds! We (my sister and I) were held to 30 minutes at night and a couple of hours on the weekends! Weekend time was divided between Saturday morning cartoons and Saturday evening family shows.  Yet my parents retained the right to watch endless hours of television. Sometimes into the wee hours of the morning! Oh it held a spell over me! I would stand for hours with my bedroom door cracked and one lone eyeball straining to watch my fathers shows until the late hours of the evening! It amazes me to this day that it mesmerized us with three channels! Held our attention, took us away from reality, became our excuse for missing chores and slacking on homework.  Eventually becoming a trinket, or shiny bobble dangled in front of us to be given or taken away at a moments notice!  We were hooked and our parents knew it!

Today, we can’t escape the power of television! It is everywhere in our lives.  Playing at the bus and train stations, in the airport, behind the bar at your favorite watering hole.  Blaring away in elevators, behind lobby desks, or in the check out line at Wal-Mart. You can also find it playing on our computers, displayed on cell phones, 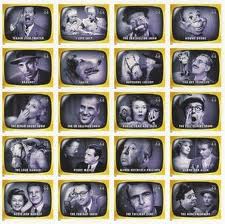 playing endlessly in every room of every house in America! It’s there like an old friend, comforting us when we are having a rough go, or helping us get through a sleepless night! It is there, it’s always there….

In my day at 1 am the picture turned to the American Flag waving with the Star Spangled Banner playing until 6 in the morning.  Now, programs are shown 24 hours a day 7 days a week.  You can’t escape it, you can’t hide from it, it has become an addiction.  Between reality T.V. (an oxymoron I might add), news, sports, game shows, dramas, comedies, infomercials, movie channels, women’s channels, the gay/lesbian channels, music channels, cooking shows, car shows, shows about midget, parents with 65 kids, (deeeeeep breath) and the lives of Prairie Dogs in the wild! It’s really amazing what Americans will watch!

Which leads me to my point…

I think our parents had it right!  Shut the damn thing off and go outside! Turn on your brain by reading a book or your Kindle! Let your brain enjoy all the powers it has locked up inside without interference from Snookie or Drake and Josh! Seriously we are ruining our kids ability to process information by having it force-fed to them through the lazy eye of television!

I tried an experiment at home to prove what I call the “Butterfly Chaser”effect.   The Butterfly Chaser is where your kid is asked to perform a task. As your child is performing that task something else catches their eye, subsequently diverting their attention, leaving the original task unfinished.  Some children are easily diverted, others are focused and stay on task with little effort.

Now introduce the almighty television!  I am not kidding when I say the morning will be progressing smoothly, like a fine wine. No interference, everyone is gathering their personal effect, brushing their teeth, putting dishes in the sink, and then just for fun, I will through on the T.V.!  They stop dead in their tracks! mesmerized,

stupefied, mummified, frozen! It is absolutely amazing! Call out their names; they wont answer! Grab them, shake them, look them in the eyes, nothing!  It could be Good Morning America or Sponge Bob, it doesn’t matter!  The brain is frozen like your computer screen due to an invading virus! The T.V. is the virus and you don’t have the proper software to handle the eventual meltdown of the system!

There is only one cure for this outbreak of stupification! Turn it off!  Stand where you can see their little faces when the T.V. is shut down.  Focus on them, and very slowly depress the off button.  POW! Blinking eyes, turning heads, bodies starting to move again, they look as though they were waking from a long coma. Focusing on what is around them, locating familiar objects, grasping at the time space continuum.  Then, they just go right back to what they were originally doing. Like nothing ever happened. Oh you may get the occasional child who is a little more astute than the others.  His reaction usually begins with a loud; HHEEEEEYYYYYYY who turned it off!  But the second he makes eye contact with you, the head goes down and the morning continues…

So what do we do? It invades every single moment of our lives! How do we go back thirty years to re-engage our children in the land of reality? I am not sure, but we have tried a few methods. 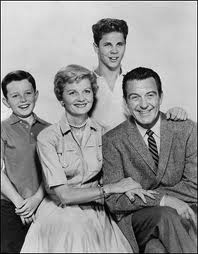 My wife and I have reduced our house to one family T.V. with satellite. The other is connected to Net-Flix only, this way we pick a movie for them, which is played at our onvienance and ultimately diverts them from the main T.V.  Our kids have mandatory reading time and if all their homework and chores are finished; If showers and rooms are prepared for the next day before their appointed bed times, they can watch some television.  Holding to appropriate bed times I think helps immensely.  It limits your childs exposure and allows them time to decompress everything their minds have processed during the day.  My wife and I also go to bed at the same time as our last child. This sets agood example by showing them we feel sleep is just as important for us as it is for them.  “Lead by example” a statement that says it all..

They still hover over the T.V. like vultures every chance they get.  Their little minds crave the damn thing like sugar or crack cocaine! 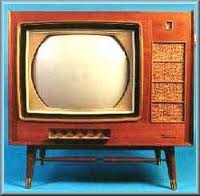 But in the long run I think they will appreciate all the effort we have put into keeping them away from the entertainment box of hysteria, false lives and lies.

Now that I have all that off my chest, I am off to watch another episode of “Family Guy”! Hey don’t judge me, it’s not my bed time!!