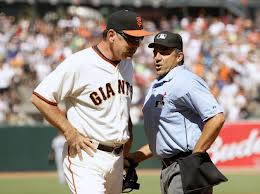 Well my darlings, I must apologize for being absent for the last three weeks.  Between work, little league baseball, 4-H, the ranch and life in general there has been little time for me to pony up to a computer and write (no I still have not moved into the modern age and purchased a laptop or tablet).

So whats bothering Betty tonight? What has ruffled Betty’s skirt and driven her to break the silence of the last three weeks? Unfortunately its baseball.

I say unfortunately because I believe baseball to be the last bastions of pure sporting left to behold. Baseball has and always will captivate me, leave me bewildered and mesmerized as play after play with all its strategy and purity is performed before my very eyes.  I love it! So when my children ask if they can play little league baseball of course the answer is yes!

Now I am no virgin to the ways of little league baseball! The politics, coaches hoarding players and building teams to hopefully ensure a championship! What ever! The name of the game is winning, and winning is what it is all about! Betty coached for 5 years in various levels and thoroughly enjoyed watching kids build their skills and feel success as plays were massaged, rules enforced and just for a moment greatness was felt! The building blocks of success for the young! Heavy sigh…..

So whats grinding on me about little league at this very moment? What has me screaming  bullshit towards the ump over a bad call that was obviously a strike? Jumping up and down like a crazed fan who just saw a double play for the first time live?

Ladies and Gentlemen in all my years I have never and I mean NEVER seen such a poor example of sportsmanship from both parents and coaches alike! Every night at the ball field there is some Al Bundy wanna be still reliving his 4 touchdowns in a single game

from high school! This fool at the top of his lungs is screaming at a teenage umpire about how that last call was shit! Every four letter word in the book is thrown at this poor hapless youngster who is just trying to pass down his love for the game through umpiring only to become emotionally damaged by some fat ass 40 something threatening to kick his ass for a bad call made on his kid! Hey fat ass guess what little junior is not the next Buster Posey! He may never wear a Yankees uniform and unless I missed something, little league is supposed to be fun! Not much fun when old dad is near cardiac arrest over a call made by a child just trying to do the right thing and not even getting paid for it!

Then there is the upper leagues, “Majors” where ball playing really gets serious! My sons team is 18-2, no other team is close, yet it never ceases to amaze me the shit talking that goes on from both parents and coaches of the defeated teams.  On the field coaches are acting like asses! Yelling at their kids after a loss things like; you are a disgrace, you make all of us look bad, do you like being losers because that is just what you are a bunch of losers! Or better yet, when one of our kids get on base near the opposing teams dugout, coaches from the opposing team are belittling our players! Are you kidding me? Heres and idea, practice! I know novel concept huh? We practice six days a week and the kids cant wait to get together because thier caoch makes it fun! Holy shit FUN on the ball field, thats just unheard of!!!!

ladies and gentlemen the last time I checked these were kids. Kids who play baseball on break between classes in school, kids who would play where they want, when they want, with or without us adults intervening, kids who pretend they are major league stars for only a moment while up at bat! Kids who play for fun! Thats right they play because it is

fun!!! So I pose a simple question, why have we as adults decided the game is all about us? Why have we as adults taken it upon ourselves to put pressure on these kids to perform to standards that can’t be met, and most important of all why are we as adults admonishing them, belittling them and treating them like shit when they lose, instead of being the coaches we are supposed to be and working with them to create better players, better sportsman, and better human beings all through the venue of one of the greatest games ever played? Why?

So all you part-time dads, Al Bundy’s of the world and all around abusive, small-minded, low self-esteem losers, listen up! Its baseball! It’s supposed to be fun, your kids are supposed to have fun win or lose (yes losing is no fun, but teaching a child how to lose with dignity only to win again at a later date is priceless) then leave the park feeling good! Not feeling like they are losers, or their coach hates them, or they let their parents down, or wondering why little Barry Bonds jr.’s dad is being arrested and hauled off to jail for beating the shit out of little Derek Jeters dad over a bad call.

Pull your heads out of your asses parents and lets allow our children to PLAY BALL!

2 thoughts on “Strike three! You are outta here! Or should be?”