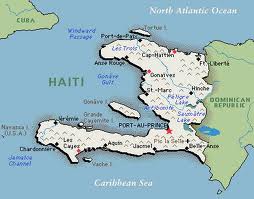 Everyone needs a great adventure! Living life in the same general confines day after day can become mundane at best. This last week my son and I took the adventure of a lifetime. We traveled to Haiti on a mission trip.

Haiti, officially the Republic of Haiti, is a Caribbean country. It occupies the western, smaller portion of the island of Hispaniola, in the Greater Antillean archipelago, which it shares with the Dominican Republic.

In 2010 a 7.0 earthquake struck the city of Leogane, approximately 16 miles west of Port-au-Prince. The devastation to the country was massive. Nearly 220,000 Haitians killed (although government estimates were higher) millions left homeless with no electricity, running water or sanitary services. Billions of dollars in aid were raised, tent cities were built, the dead were buried and the people of Haiti were left to grieve. 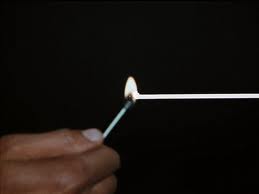 Good morning Mr. Phelps. Your mission if you choose to accept it, meet with ten other like-minded individuals looking to spread gods word and lend a hand to an impoverished country. Appoint a leader from within the ten, who will represent you, your families and the church with the utmost character, honor and dignity. Have that leader appoint jobs that best suit the team. Meet at SFO on the afternoon of June 6th, with clothes, food and enough tools to effectively demolish a building riddled by earthquake damage. Once all is in place load the plane with your team under the assumption you may never return. If you are caught or captured the association will disavow any knowledge of your being. Good luck Mr. Phelps. This note will self destruct in 5 seconds……

We met up on the morning of June 6th, pumped and ready to go. Our minds on fire at what we assumed lay before us. We had two teenagers on the team, Cody and Maggie, who were looking for more than just the average “community service credits” to complete high school. More is definitely what they received.

We laughed and joked all the way to the airport. We met Mason and Paul at SFO as they came from another town far away from our own.

Having waved goodbye to our loved ones we passed through security and set out on our journey.

Day rolled into night and night back into day. We arrived in Miami on time and drug our tired, sorry butts through the multiple terminals until we settled on

gate 24, our new home for the next hour. The tantalizing smells coming from a coffee shop across the way filled our senses and before long we joined the throng of local business travelers drinking coffee, eating pastries and pretending our minds were in the same time zone.

While boarding our flight for the last leg of our journey, I quickly noticed a different mood or demeanor aboard this plane. Gone were the happy, laughing families headed to Miami for a week at South Beach or Disney World. In its place were weary Mission group travelers and grumpy looking businessmen. The flight was quiet and uneventful, we all found a certain irony in the “corn muffin” snack we were given en route to Port au Prince.

Landing in Port-au-Prince it was evident we were no longer in the United States.

Uniformed personnel everywhere, passengers ushered like cattle from one place to the next eventually landing in line for immigration to check our documents. Having heard many a horror story about this process I watched intently as the officer checked documents, asked questions, occasionally rolling his eyes and waving on to the next victim. There were only two of them and both seemed like a DMV worker on a bad day.

Finally it was our turn, grabbing Cody we walked up, papers in hand ready to do battle with the icy stare of the immigration agent. He looked me in the eye, stared at my documents, looked at Cody, stared at his documents, stamped them both and waved us through. Not a word passed between us. Seriously? I was shocked! It was nothing as we had been warned. In and out in 15 minutes.

Now here is where you learn the importance of keeping an eye on your bag, like you are told in every airport in every major metropolitan city in America. In Haiti, you need to be the first to grab your bag as it comes off the line. If you aren’t the first to your bag there is a Haitian in a red shirt waiting to grab it for you. Once this happens they want money for handling the bag. It’s that simple. Any job no matter how small means an income for these people. Just a dollar, that’s all it takes. One dollar. If you say yes to grabbing the bags, ten of them will argue over whose claim it is. Its quite shocking at first, but what would you do to feed your family in a country the government has basically left behind?

Luggage gathered we were met by Jackson our church appointed liaison, who had a crew of his own handling our bags. Once identified as being attached to our group the other baggage handlers moved aside out of respect and allowed us all to travel unimpeded to our awaiting vehicles. Arriving at the vehicles we were greeted by two more members of UMVIM (United Methodist Volunteers In Mission) with great big hugs and giant Haiti Hello’s. For our group it was a welcomed sight and tensions eased a bit after the bombardment of hustling for bags from men just trying to earn a buck.

The ride through Port-au-Prince to the guest house was eye-opening to say the least. Devastation, filth, and concrete dust hung in the air. Everything here is built from concrete as wood is a premium. Also concrete handles the bombardment of seasonal hurricanes better than wood products. The roads through the main city were filled with giant pot holes and piles of garbage, abandoned cars and street venders. Some roads had pavement, others were dirt, while some where a battered

combination of both. City streets were filled with people, cars, tap-taps and motorcycles. There appears to be no traffic laws as drivers went where they wanted when they wanted with nothing more than the tap of a horn. In Haiti the horn is used the way it was originally intended, to warn you of an upcoming vehicle. Much different from here in the United States where it is considered an insult associated with poor judgement. While stopped trying to wedge our way between another vehicle and motorcycle our vehicle was bum rushed by a handful of children and a few adults. The children with their hands out saying; hello friend, god bless you friend, may I have a dollar? The adults selling bracelets and necklaces or water. We had been warned not to give anything, no matter what for fear of the chaos it would evoke. Yet every fiber of your being wants so desperately to help the children.

The immediate area was dirty, crowded, and smelled of sewage in some spots, but there seemed to be a strange harmony, or rhythm to the controlled chaos surrounding us. We wound our way through the street and alleys, collapsed concrete buildings and fences, eventually driving by a “tent city” that remained in

effect. The tent city was at one time an organized neat row of fabric buildings but now were relegated to disgusting shanties and I found it hard to understand how people could live that way. That of course is the ugly, privileged, I am better than you American coming from inside; in hindsight you make the best with what you are given and try to forge ahead. Its human nature. Our driver told us many have deserted the tent cities and are finding

better housing but for every family that leaves there are many more taking their place. Crime is rampant inside the tent cities and gangs are claiming areas as their own.

The smell of burning plastic, paper and rubber hung heavy over the area as well. Our diver apologized to us for all we had seen along with the smells. I thought it odd he was apologizing, but what I failed to think about at the time was; this was his home. He remembers the way Haiti used to be, a place of pride for himself and many of his countrymen. It must be sad to see his own people suffering day after day.

The streets climbed upwards, they grew more narrow. Still lined with merchants selling their wares, people bustling about, make shift repair shops, fabricating materials in ally ways the place was alive with activity! It was exciting. In all the dreary colors one thing repeatedly stood out and continued to stand out throughout the trip. The bright, clean pressed, sharply put together uniforms adorned by school children walking in groups around every corner.

I checked in on Cody from time to time during the drive. He was quiet and reserved

looking at everything that passed our way. He Had Maggie with him so they were both sharing the very same experience. I was glad they were together, our families have known each other for many years and that simple familiarity goes along way in a foreign place.

We drove by entire blocks of housing crumbled to the ground, tarps covering some with people still living in what was left of their homes. It continued endlessly up the hillside as we rose. Yet there they were, school children, neat, clean and fresh as a daisy. Bright yellow, Blue and grey uniforms all markers of the schools they attended. it was awesome! A smile and wave would get you the same greeting in return. One last turn of a corner and we had arrived. Mission accepted…

The guest house. (to be continued)