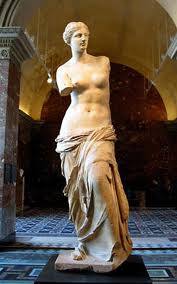 Parenting is an art, a finely crafted piece of art that is created over a lifetime.  A sculpture to be more precise. In the end you pray that a masterpiece will emerge so you may stand back, dust the particles from your clothing, pat yourself on the back and proclaim with pride to the world; this I have created!

But lately I feel as though my parenting “tools” are a little dull.  I have taken good care of them mind you.  Giving them a little “tune-up” when needed, sharpening them as appropriate, honing my skills as to not damage the final product.  Yet no matter what I’ve learned from teachers, or the pearls I have gleaned from other befuddled artists (parents), I have hit the wall, I am stuck, my muse is dead and creativity has left the building.

My daughter has lost all resemblance of control! I try, and I try but no matter what I do it doesn’t seem to make any difference!  Really! No difference at all.  What is a father to do? How is a mother to cope? There is the right way and the wrong way to handle behavioral issues in todays “touchy feely” society right? In this situation I think it might be time to break a few rules….

It would seem our daughter has taken to being defiant.  Now before you all start giggling and waving your magic parental wands around spreading glitter and good tidings for all us failures to indulge upon. “That was the nice way of you telling me to shut up and get over it, all girls are difficult.”  Let me explain myself.

My daughter has taken to closing her fists, furrowing her brow and dropping to the ground in a spastic fit, complete with waterworks that would make the Hotel Bellagio envious. It doesn’t matter where we are, it could be in the middle of church after asking her to politely sit up and pay attention.  Or in the grocery store around isle number 3. You know isle number 3? The isle with chips, cookies and candy, all of which she is trying to put in the cart.  Today isn’t going exactly as SHE had planned, YOU can’t seem to get her over to her friend’s house after school? Put in the ear plugs sister because the screaming will now ensue! Screaming that would make a deaf person cringe! It reaches a pitch that even dogs run and hide from! She definitely has a career in the movies doing horror scream voice overs! Now mind you we never cave into this screaming. We know it’s about taking her parents hostage, but it sure seems like the easy way out sometimes.

Before I go any further you need to understand, 80% of the time she is a sweet, giving, 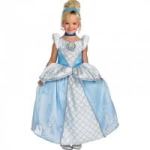 kind little girl who truly cares about everyone and everything.  A virtual princess.  It’s the other 20% I am concerned about.  I have tried everything, from explaining my rationale, to sitting her on a timeout for screaming over the top of me while I am talking with her.  Placing her inside her room and closing the door for a specified amount of time.  Allowing her to cool off and collect herself  without the pressure of others staring.  Nothing was working.  Scream, scream, scream! So much so on a camping trip we actually thought she sounded like a wounded animal.  Afraid she would draw a hungry creature into our camp we moved her out of the tent and into the trailer!

Is this the answer?

I was sure I had the answer! It was unconventional mind you, not from the standard book of parenting this concept of mine.  But I tried it once and it worked! I was so shocked at the outcome, dismayed by how idiotic and simplistic it was to carry out.  We all sat in wonderment at how something so simple held so much power during a moment of lost control. Not only did it stifle the screaming, but we grew closer as family from this one simple moment. It bonded us together as a unified front against misbehavior across the board.  We all sat slack-jawed in awe as a silence fell upon us after 20 minutes of pure screeching, fingers on the chalk board torture. The others knowing to never ever scream because the same response was inevitable.

Picture six of us in a car traveling through the mountains. The trees, the cool mountain air, deer off in the distance. It is perfect serenity, with the exception of one 6-year-old female screaming at the top of her lungs because she didn’t get something she wanted.  The other three have their ears covered and the littlest is crying.  Mom and I are at wit’s end when I lean over and turn up the radio with my right hand.  My left hand slyly depresses all four buttons allowing the windows to roll down and as if on cue, we all start singing whats on the radio! Singing at the top of our lungs!

The louder she screamed the louder we sang! It was off key, it was obnoxious, some of us didn’t know the words! Who cared! We sang loud, we sang proud and we sang as a family! Within about thirty seconds she realized she couldn’t top 5 other voices equally if not greater in decibel than she could produce.  After a while with a few songs so badly butchered she eventually smiled and joined in our little band of misfits! After a couple of songs, silence fell over the vehicle and peace once again returned to our lives with the exception of an occasional giggle. Windows rolled back up, stereo turned back down, life is back to normal.

Unfortunately this only works in the car!  When it comes to the store, by the pool, during church, the middle of class or any other moment that silence and order has reigned king the screaming begins. It’s then, this tactic falls flat on its face and here’s why….

She is not seat belted in the car, forced to endure our wildly out of tune crooning.  There is something lost in translation while at the park I lean over my daughter and break into a

rendition of “Girls just wanna have fun” from my Pandora 80’s radio station!  The louder I sing the more deranged I look to anyone passing by which leads to other passing children screaming “stranger danger, stranger danger”then running away! While singing at the top of my lungs during a screaming fit, I am instantly deemed “that dad” by the other moms in the vicinity. This leads to unwanted pointing and under the breath mumbling when ever I walk by during after school pick-up.  After singing at least two songs, people start to think we are sidewalk artists and throw dollar bills at our feet! Although this does pad my beer fund it leaves me feeling a fraud, for even a penny is just sheer pity for the caterwauling that comes from my pipes.  Out in the open the father is easy prey for the hungry child, even though the father is far more cunning from experience the child knows that sheer youth will outlast the will of the elderly.

I know this is a phase she will transition out of, and yes it is embarrassing when it happens.  I am sure it is just as embarrassing for her as it is for us as her parents. It always leaves you feeling like a “bad” parent, who must have done something horribly wrong to have a child behave in this fashion.  But in the end she is just testing our will, giving us a “run for our money”, hoping to find the limits then push beyond them just a bit, developing herself in the process. 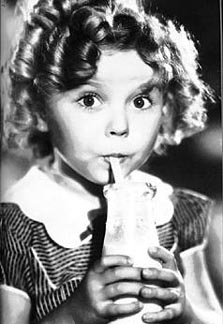 One thought on “A Venus De Milo in the making?”