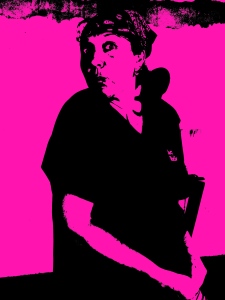 Never in my life have I seen anything like this and trust me I have seen some crazy ass shit! Last night I came home from the hospital, distraught, worn out, fearing for my family, my wife and myself, for you see the thought of losing the very center of our lives, my wife, their mom was overwhelming to say the least.

So I put out the call!

I have said it before and I’ll say it again, I believe in faith! Now faith is a funny thing, there are those who believe it ties directly to the bible, some believe it is a feeling or an attitude, while others believe it is a positive energy randomly floating throughout the universe! Either way my beliefs are not what matters here, what does matter is as long as I can remember having faith in something is what’s kept me alive and running. Without faith in myself, in God (yes I am one of those) and in the ability to keep an inner positive attitude no matter the situation without disturbing anyone else’s emotional process, I could not have survived these 49 years. Faith has proved me right more times than not and when faith let me down there was always something to be learned from that experience.

Wow! There is definitely something about prayer warriors that is mind blowing! Everyone I could ever imagine along with their friends and friends I don’t even know, joined the prayer warrior cause! Last night and this morning I was completely blown away by the amount of people saying prayers for my wife! Even the Atheists in my group were hoping for positive energy to encompass my wife’s being! To say I was humbled by it all is an understatement! I personally believe in the power of prayer, there is something to be said about a mass of people converging their beliefs and energy into one combined focus to accomplish a positive result.

That’s right ladies and gentlemen, it freaking worked!!!!! We went from end of days through the doctors own words to; hey there is a possibility you might make it out of this mess! That is huge!!! Thank you, thank you, and thank you!!! A huge thank you to every one of you who prayed, focused, thought or said a kind word while moving through their day. I have said it before and I’ll say it again, she is my world and to see how many people are in her corner is astounding!!!

So here is the gist of things!

Today her doctor came in to report the test results from yesterday’s exploratory investigation and it looks as if the bleeding has slowed down in her gastrointestinal tract. (YAY!) Her lungs continue to be an issue but they are not as concerned as it appears treatable. So after hearing the day before that her body needed to wake up and start working or else! We’ll that’s just what it did! The doctor then went on to talk about another patient who had similar issues to Jacy’s and after a year in the hospital walked out a free man! This man now runs marathons and lives a fairly normal life. Yes he is still plagued with GvHd issues but he is healthy, home and living life to the fullest!! Doc also explained that even though Jacy’s road is going to be rocky (paraphrasing) she has a shot at making it out of the damn hospital! Woo hoo! THAT IS ALL WE HAVE EVER ASKED FOR!!!!!

So to all you prayer warriors again I humbly say thank you!

I don’t care what you believe, there is definitely power in prayer, and positive thought! We owe it all to you guys! Everyone came together, praying as hard as they could and it worked! This morning I opened FB (Facebook) and was blown away by how many people took time to remember why they either liked or loved my wife! People were sharing positive memories of her and I must say, seeing some of you change your profile pictures to a memory or personal experience with my wife was so incredibly touching! Looking up from the screen it was raining, but only behind my glasses! I swear when this is all over I am throwing a huge BBQ, inviting everyone and I plan on kissing or hugging every person who has ever thought a kind thought or prayed for my wife! I spent last night dreading the worst and today I feel positive energy abounds!!! Jacy also feels as though a weight has been lifted from her shoulders, she is still scared of the unknown but there is hope and hope feels pretty darn good!

Keep them prayers coming people! Let’s harness all that positive energy and prove once and for all it just isn’t this woman’s time! She has plenty to do here still on earth and a husband who will stand right beside her!

Once again! Thank you all! I love you, Ill pray for you, and hopefully one day soon I will pay it forward!