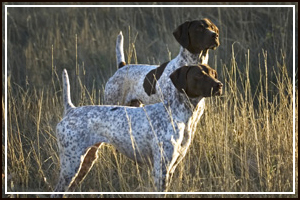 Every morning starts the same in our little ranch house. My wifes alarm goes off at 5am….

Now having an alarm clock rattle off at 5am is nothing spectacular, it happens in millions of homes across this great nation everyday. Hard working people groping in the dark for a pause button, sliding their feet onto the floor, struggling to find the light switch. Wandering around unfocused they are, until that first cup of jo hits the lips, (ahhh so good) then begrudgingly getting on with  their day. Off it into the land of commuter travels or out to start feeding at the crack of dawn a new day welcomes them all.

What happens in our house though, this morning I found rather amusing. Yes it has been happening forever, and no I have no idea why it took until this particular morning for it to hit my funny bone just right. But this morning it did.

So as most of you know, my wife and I take rescue dogs from the SPCA that need a “final” evaluation before meeting Mr. Doggie Reaper.  It is an amazing thing to handle a dog who has lost their mind living in San Francisco (I know goes without saying huh?) and watching them turn around to become cheerful loving animals after a couple of days running free across 40 acres. Humans do it all the time; leave the city and head out into the country, I believe they call it “camping”? After some work and a specified period of time is even more amazing when they are re-homed and we see them popping up on FB living it up with their new families. It, as can be expected is also sad when they fail and there is no hope for change;  yet we rest easy knowing it would be sadder still if they were never given a chance/a opportunity at life.

Every Morning as I stated earlier my wifes alarm goes off at 5am.  Every morning at 5:01am the dogs, which by the way are almost 50 yards away from the house begin barking like crazy! It drives us nuts and we always worry about it bothering our neighbors. Now we have joked between us that somehow these furry heathens know we get up at 5am, somehow these mutts can sense it is 5 freaking am and we need to get our sorry asses out of bed to come get them.  What the holy hell? Cant they just let it be for 15 minutes so we could at least make a feeble attempt at hitting the snooze button? But ohhhh nooooo; 5am alarm goes off and at 5:01 so do the dogs! BARK-BARK-WOOF FREAKING WOOF!

Until this morning I had no clue what was up. How this could be, I know dogs are smart, but even when it is a fresh lot of new ones this happens.  How on earth do they know?Then like a ton of bricks it hit me. Some mornings when it is new dogs the barking is not that bad, a bark here, a bark there, but right now we have three bird dogs and a cattle dog out there and it is off the freaking hook! It has been since day one!  Hmm three bird dogs and a cattle dog??? What could it be????

Oh yes I failed to mention my wifes alarm is the sound of BIRDS HOLLERING, SQUAWKING, CHIRPING, HONKING, WHINING, SQUEAKING AND EVERY OTHER SOUND A BIRD CAN MAKE!!!! IT SOUNDS LIKE THE FREAKING AMAZON JUNGLE MIXED WITH A DUCK BLIND!

It is no wonder these dogs are going crazy at 5:01, it hunting time! Its time to chase the elusive fine feathered friend! Its game time and these mutts are no longer sitting on the bench! Riding the Pine, keeping the kennel warm! No sir, the sound of my wifes alarm reverberating at decibel level 9 through our always open bedroom window which faces the kennels is the starting pistol to their local track race! The green flag has waved and the race is on! It’s no wonder they act like fish in a feeding frenzy, zombies stuck on a fence looking at fresh meat, children 30 seconds before the end of school! These poor thoroughbred bastards are in the starting gate just waiting for a bell, the GO sign! And that is just what they get! Birds! The sounds of Birds! Lots of birds! different kinds of birds, styles of birds, just one full minute of birds, teasing them with every smooth fake synthetic, sound! The most primal of instincts, jarred awake from deep inside every dog that graces our door! Simple recognition for the ever aware bird dog. But for the new dog who has lived its entire life within the confines of an apartment, surrounded by hordes of people even when traversing the wide open spaces (sarcasm) of a city park, these sounds must be like the equivalent of a persons “first” high! That feeling when the buzz sets in from a shot of whiskey or what ever choice of poison your body prefers! (not judging) 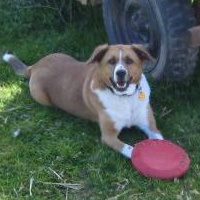 Yep it all makes perfect sense now. I can rest at ease every morning no longer feeling anger for their stalwart commitment. It is not the dogs fault for their tuned up crazy behavior, it is ours. Like dangling a donut in front of a group of cops or a bucket of ice cream to a hoard of firemen. There is just no stopping the horrific aftermath.